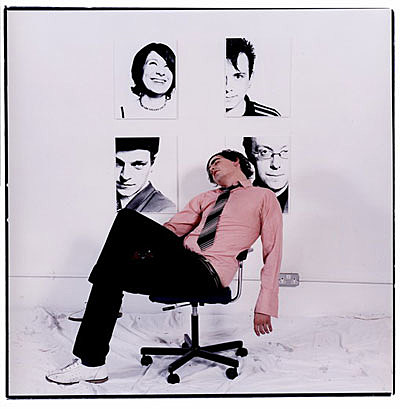 BEFORE THERE WAS ART BRUT
There was the Art Goblins. Songs streaming at Myspace.

BEFORE THERE WERE BLOGS
There were LiveJournals. Eddie Argos kept one.

BEFORE WE EVEN KNEW HIM
Chris Chinchilla quit Art Brut via LiveJournal. Now he's in Macaca Mulatta.

KEITH TOTP HANGS OUT WITH ART BRUT
That's the impression I get from his LiveJournal.

KEITH TOTP HAS SONGS TOO
They're streaming at Last FM.

ARE ART BRUT 47 WE ARE SCIENTISTS?
That's what Jerry seems to have discovered.