Premonitions of War at Hellfest 2004 (via) 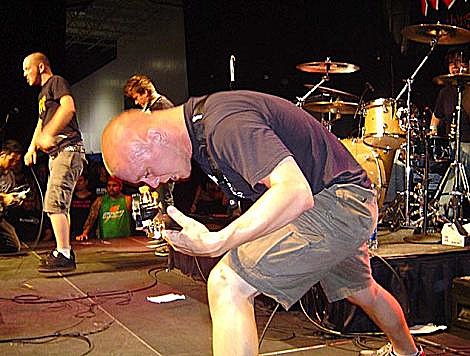 BrooklynVegan and 1000 Knives are beyond excited to present the return of Ohio's Premonitions of War to Brooklyn! They play Public Assembly on April 25th. Stay tuned for ticket info and details regarding support. Premonitions of War were one of the most brutal bands in metallic hardcore during their tenure, and the legend has only grown since they took a hiatus following the crushing Left in Kowloon (produced by Erik Rutan of Hate Eternal). The NYC show is one of at least 9 dates the band will play in April. All of those dates and some videos are below..

Premonitions of War - "I'd Settle For Sleep"