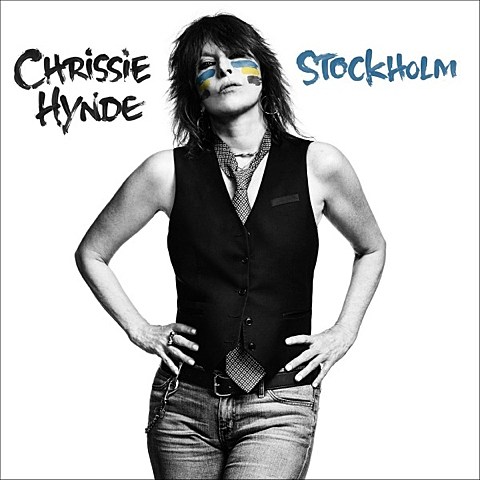 It's your first solo album but in many ways the Pretenders have felt like a solo band for a long time, where they just a flag of convenience?

'I always said the Pretenders is a band. I was getting fucked off with having to defend the name of the band over the years. I was never a solo artist and never wanted to be a solo artist. I like being in a band. That's what I do. What's in a name? interestingly this solo album has been more of a collaboration than my last Pretenders stuff- it's lot more of a collaboration.' [Louder Than War]

The Pretenders singer Chrissie Hynde is releasing her first-ever solo album this year. It's called Stockholm, was co-written and produced by Bjorn Yttling of Peter, Bjorn and John, features guest appearances by Neil Young and John McEnroe (!), and will be out on June 10 via Caroline. The first single, "Dark Sunglasses," hearkens back to the power pop/new wave of The Pretenders' prime era, and newer single "You Or No One" gets a little closer to pop balladry (but not like, "I'll Stand By You" levels). Listen to both, with the album tracklist, below.

Chrissie hasn't announced a full solo tour as of yet, but she does have a few upcoming appearances scheduled, including two UK festivals and an in-store at Rough Trade NYC on June 1 at 6 PM. To get into that, you have to pre-order the album from Rough Trade starting May 27. Space is limited.

All currently known dates are listed, with those song streams, below...

Chrissie Hynde - "You Or No One"