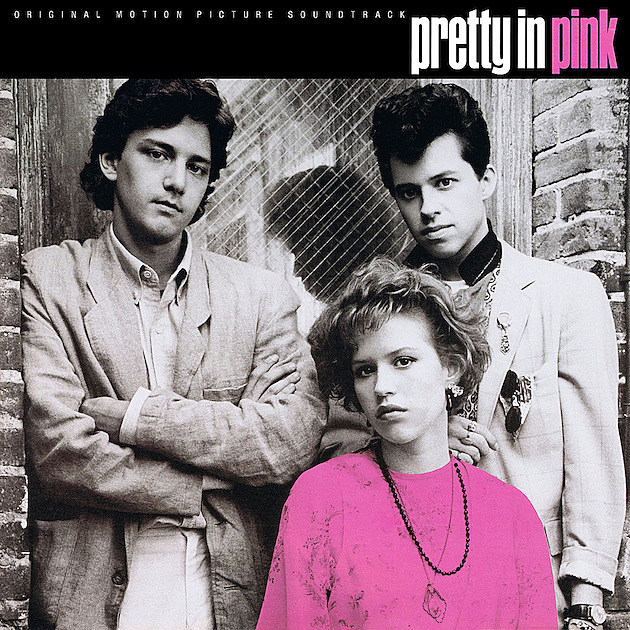 Eighties teen dramedy Pretty in Pink turns 30 next month and to celebrate the film is being rereleased in theaters on Valentine's Day. A weird choice for V-Day if you ask me, as Andi (Molly Ringwald) ends up choosing Andrew McCarthy's wet rag rich guy Blane ("That's a major appliance, that's not a name!") over John Cryer's clearly more deserving Duckie. The original ending actually had Andi choosing Duckie, but test audiences didn't like it so they changed it. Some argue that John Hughes wrote the very similar Some Kind of Wonderful just to right that wrong. But I digress. Those in NYC can see Pretty in Pink on Valentine's Day at the AMC Empire in Times Square. Tickets are on sale.

Pretty in Pink, which was only written by John Hughes (Howard Deutch directed this and Some Kind of Wonderful), was arguably the most musically-oriented film associated with Hughes. It may also be better-known these days for its soundtrack, which introduced a lot of kids in middle America to UK alternative acts like OMD, New Order, The Smiths and Echo & the Bunnymen. John Hughes wrote on the back cover of the soundtrack

The music in Pretty in Pink was not an afterthought. The tracks on this album and in this film are there because Howie Deutch and I believe in the artists, respect the artists and are proud to be in league with them."

It did kind of ruin Psychedelic Furs' song which inspired the film's title, using a rerecording that adds slick production and egregious saxophone. You can stream the soundtrack below.

You may also remember that Andi worked in a record store, Trax, which brings us to another NYC anniversary celebration: Rough Trade on February 26 will transform into Traxx for a "Pretty in Pink 30th Anniversary Dance Party." It doesn't sound as elaborate as the Empire Records party last year, but does feature a "Duckie dance-off" at midnight. Tickets for that go on sale Wednesday (1/27) at noon.