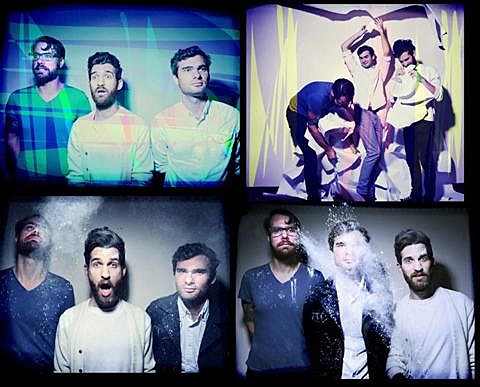 As mentioned, Boston's Pretty & Nice released their new album, Golden Rules for Golden People, earlier this year and it's one of 2013 fizzy pop pleasures. (I think so at least.) It's recommended to fans of early XTC and Squeeze, or anything AC Newman-related and you can stream the whole thing via Spotify

The band are playing some East Coast shows this week with St. Louis' palindromic So Many Dynamos, including two in NYC: Tuesday (7/9) at Mercury Lounge (tickets) and Wednesday at The Rock Shop on Wednesday (7/10, tickets). All dates are listed below.

$ w/ So Many Dynamos