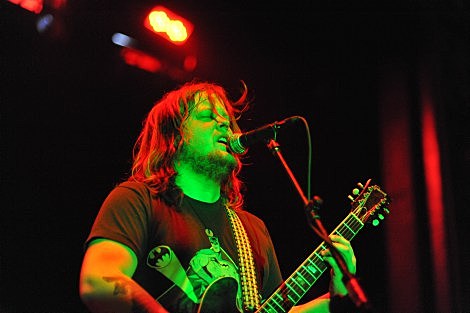 Priestess are prior to, um, Prior to The Fire, their NEW LP for their new home, Tee Pee Records. The band released Hello Master in 2005, and are prepping the new joint for a 2/2/10 release, though the record was completed more than a year ago:

The record was completed in the fall of 2008... and we were extremely proud, everyone involved, of what we've done and checked it in the label and it was the same story again. 'Well look guys, we can see that you love this and it's a great new direction and you guys have matured, but we still don't hear a song that we want that we can use as a single. Can you guys continue to write more songs?'

And we were basically like, 'Uhh... No. This is it. We've got a good record here and we don't want to do anything forced.'

Priestess and RCA Records decided to go their separate ways. But unlike the long and nasty splits between band and label you always here about, the break between Priestess and RCA was actually peaceful.

Shockingly peaceful actually!... read more about it at ChartAttack, and download the first track (single?) above.

Priestess will join Early Man and Naam at The Charleston on Saturday, 12/12. It's one of a few remaining dates before the end of the year.

Naam recently posted part one of their ongoing tour diary from the road with Priestess and Early Man. Dig on that here. Remaining Priestess dates and the show flyer are below... 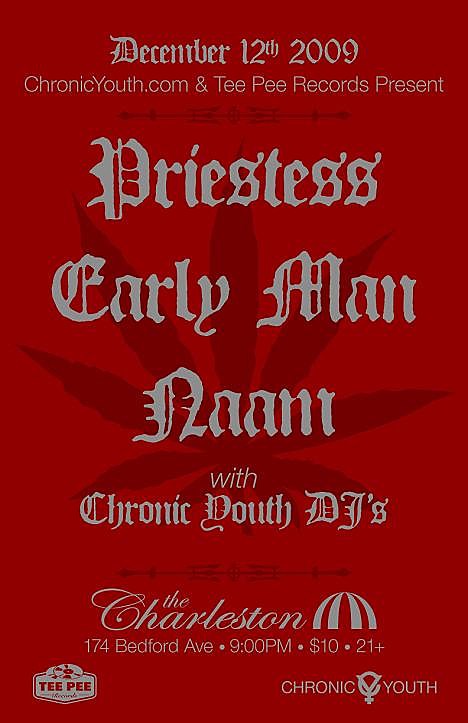