Priests at DbA in April (more by Amanda Hatfield) 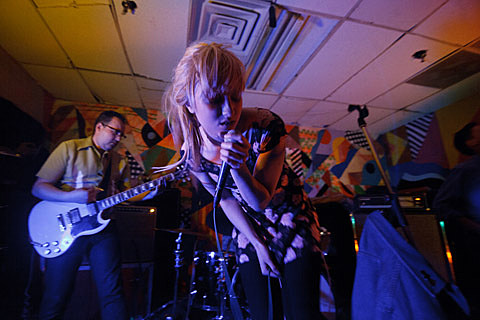 You've already heard the midtempo "Right Wing" from DC post-punks Priests' new album Bodies and Control and Money and Power (due out 6/3 via Don Giovanni) and since we last spoke the more abrasive "Doctor" was released. Check that out below.

Priests also recently announced a tour which kicks off in DC the day before the new record comes out and comes to NYC for two shows on release day (6/3). First they play an early show at ABC No Rio with In Circles and Pour the Pirate Sherry, and then a late show at Cake Shop with In School and Sediment Club.

All dates are listed, with the "Doctor" song stream, below...