Priests at MHOW in October (more by Chris La Putt) 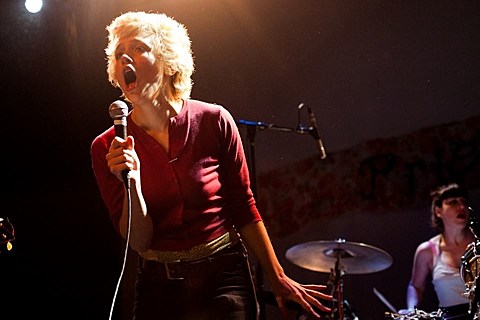 DC punk/post-punk band Priests have been making quite the impression with some solid tapes/7"s and passionate live shows, and it's just been announced that they've signed to Don Giovanni (home of Screaming Females, Waxahatchee, Worriers, and other great bands). They'll be doing their next record with them, and the label hopes to have it out in early 2014. Congrats to Priests on the signing!

Priests also have some shows coming up, including a return to NYC on December 6 at Silent Barn for bi-weekly webpaper Fvck The Media's public editorial meeting. The meeting takes place at 7 PM, followed by live music from Priests, Noun (Marissa from Screaming Females), Heavy Bangs (featuring Cynthia of Radiator Hospital) and Arm Candy. Admission is $10 at the door. Flyer below. More info here and here.

All dates are listed, along with a stream of their latest tape and a video from their Pitchfork CMJ show, below... 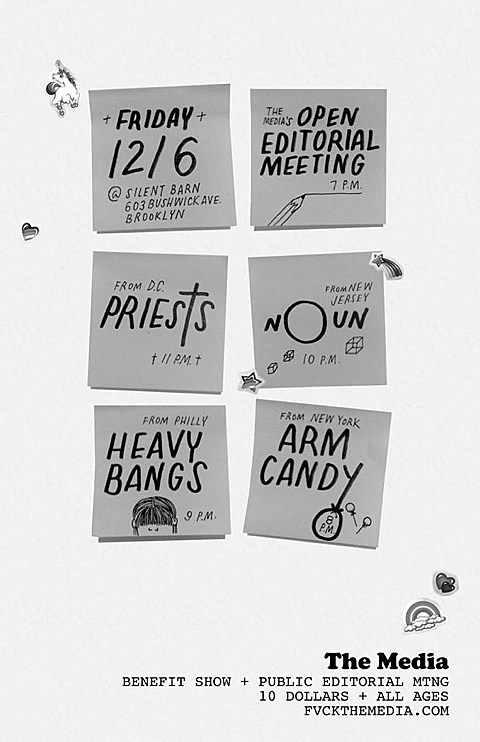