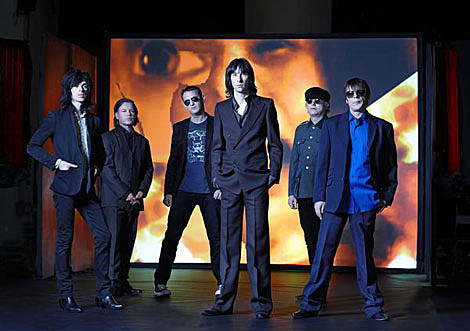 "A HALF-EMPTY venue and a middle-aged audience appeared to suggest that Primal Scream were not as relevant as they'd like to think they are.

Opening the night with the dirge, electro distortion of Kill All Hippies, the band rapidly ploughed through the hits. The set-list featured songs from throughout their vast back catalogue, including Jailbird, Swastika Eyes, Rocks and a smattering of material from recent album Beautiful Future.

Frontman Bobby Gillespie looked as youthful as ever, but didn't really have any real conviction despite his attempts to come over all rock and roll by turning his back on the audience for one track.

On March 28th, 2009, Primal Scream will play Webster Hall in NYC. Tickets go on sale Thursday. All dates below...