Primal Scream at MHOW in 2009 (more by Tim Griffin) 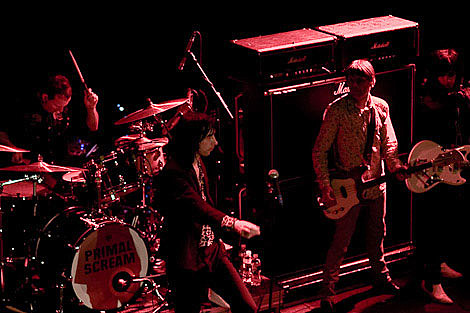 Indie/alternative vets Primal Scream have finally announced plans to follow up 2008's Beautiful Future, with a new album, More Light, due out May 6 via the band's new First International label in the UK (no US release announced yet).

The album announcement came along with a video for its first single, "2013," which features guitar from My Bloody Valentine's Kevin Shields who has toured with the 'Scream before and whose own band made a major comeback this year (via Pitchfork). It's a pretty great dose of neo-psychedelia and space rock that shows the legendary band ceasing to age.

The song will be made available to download on February 25. Watch the video below...