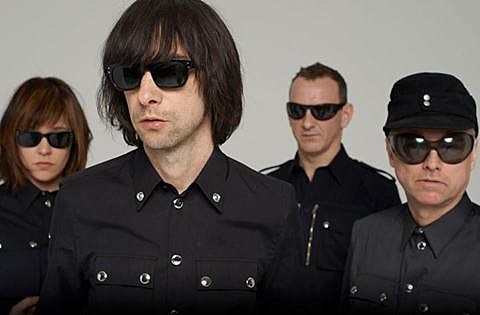 As mentioned, Primal Scream are one of the many bands announced for the 2014 Austin Psych Fest which happens May 2 - 4. While we haven't heard if there's a full tour surrounding that appearance, the 'Scream have scheduled some East Coast shows, including two in NYC: Warsaw on May 11 and Irving Plaza on May 12. Tickets for both NYC shows go on sale December 17 at 10 AM, with a Music Geeks presale for the Irving Plaza show beginning Thursday (12/12) at 10 AM (password is "musicgeeks"). All known North American tour dates are listed in this post.

Primal Scream released their 10th album, More Light, back in May which was produced by David Holmes and features guest appearances by Kevin Shields, Robert Plant, onetime Pop Group frontman Mark Stewart, and more. It's probably their best album since 2000's XTRMNTR and, if you haven't heard it yet, you can stream it via Rdio. The band just released a video for new single "Goodbye Johnny" and you can watch that along with a couple other videos below.

Primal Scream - It's Alright, It's OK