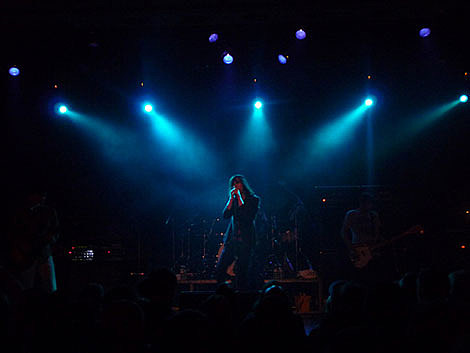 But early on Friday, March 20, in the Austin Convention Center, he assumed the role of music industry elder statesman and philosopher during the South By Southwest Music and Media Conference.

... When a booking agent informed Van Zandt that the British band Primal Scream was not physically capable of doing a 20-show tour he hoped to organize, he did not hide his disgust.

Primal Scream play their 2nd of two NYC shows tonight (3/29). Last night was at Webster Hall (how was that show?). Tonight is at Music Hall of Williamsburg and it is not sold out.

On March 22nd, right after they left Austin, Primal Scream played The Metro in Chicago. The setlist from that show is below...