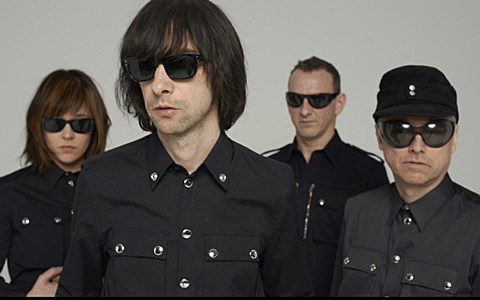 Let's try this again, shall we? Primal Scream were supposed to have toured around an appearance at the 2014 Austin Psych Fest, including Irving Plaza and Warsaw in NYC, which ended up not happening. They're scheduled to play Austin Psych Fest (now re-dubbed Levitation) in May, and have announced a North American tour to go along with it, including the two same NYC venues they were to have played last year: May 20 at Irving Plaza and May 21 at Warsaw. Tickets to Warsaw go on Noisey presale Wednesday (1/28) at 10 AM (password: NOISEY2015) and general on-sale at noon on Friday (1/30), and tickets to Irving Plaza go on sale sale Friday (1/30) at 10 AM with a Noisey presale and also LiveNation/Music Geeks presales beginning Wednesday at 10 AM (password: MUSICGEEKS). All dates are listed below.