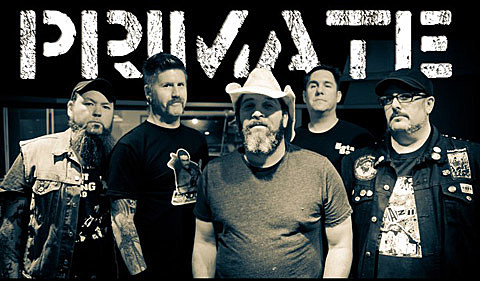 Despite being the brainchild of Bill Kelliher of Mastodon and Kevin Sharp of Brutal Truth, Atlanta's Primate is something entirely different than than you might expect the sum of its parts to be. Drawing from everything from grindcore to d-beat and even Black Flag, the band's recent Draw Back a Stump is a fascinating departure from these metallic veterans.

Primate is preparing to re-release 2011's Draw Back a Stump via Relapse Records on July 3rd (preorder it). The re-issue will feature bonus tracks in addition to the previous material, all of which you can stream for the first time below. So far no dates to speak of for this grind crew, but we'll let you know if that changes.