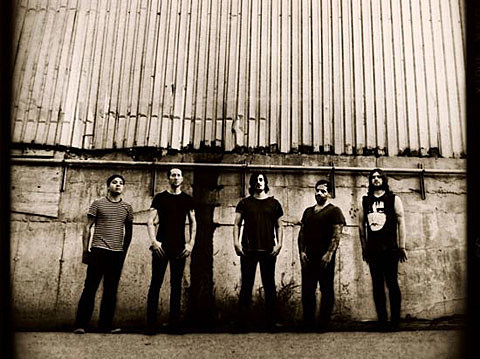 Primitive Weapons will release their debut LP The Shadow Gallery on March 13th via Prosthetic Records, and will celebrate the release with a short stint of dates with Ringworm who play our SXSW showcase at Scoot Inn) on their way to SXSW and a Record Release party at their home base of Saint Vitus on March 24th. Tickets for the Brooklyn show are on sale. All dates are listed below.

Before you check them out live, get familiar with their new LP The Shadow Gallery which appears here for the first time. Stream it, with all dates, below..