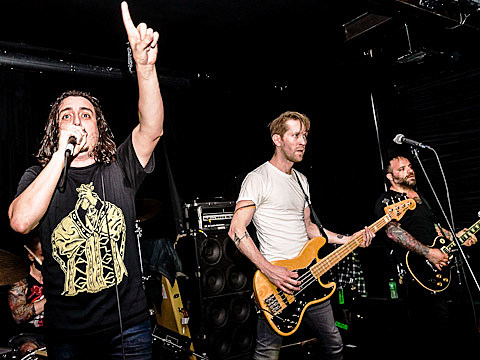 Primitive Weapons will hit the road with noise-core duo Mares of Thrace (who recently played NYC) and Providence doomers Pilgrim (them too) for a string of US dates in August. The shows will include a NYC stop at Saint Vitus on August 3rd.

In related news, Errortype:11, who share members with Primitive Weapons, will bless Irving Plaza on August 11th as support for the Shiner reunion show. Tickets are still available.

All tour dates  are listed below, along with a Mares of Thrace and Primitive Weapons video.

Mares of Thrace - The Perpetrator from iHartVideo on Vimeo.