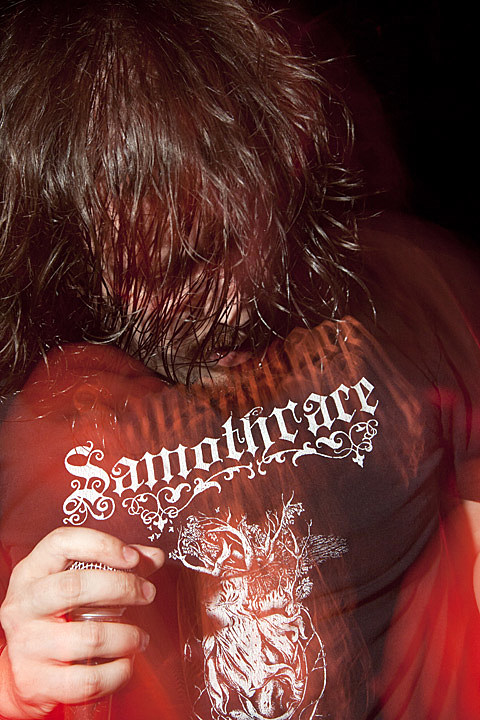 Dissonant mid-paced hardcore meets sludge and psychedelia on the new Primitive Weapons LP The Shadow Gallery, which hits via Prosthetic Records on March 13th. The band will hit the road with Cancer Bats and Ringworm (who is playing the BV/Southern Lord/Power of The Riff mega-show at Scoot Inn), and eventually make their way back to NYC to play a record release party atSaint Vitus on March 24th. Tickets are on sale.

Sannhet, Bad Biology, and one more "special guest" will also be on the bill at Saint Vitus, as well as Old Lines, the new project featuring ex-members of Pulling Teeth. Check out the new Old Lines demo below. The show is one of four together for Bad Biology & Old Lines, all of which are listed below.