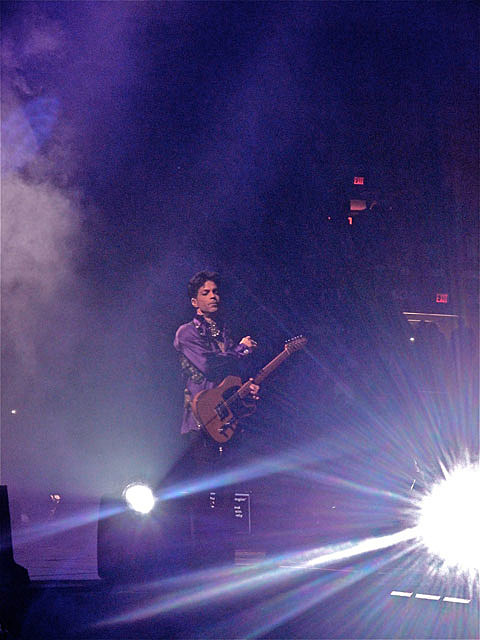 Prince has added another NYC show! It happens on February 7th at MSG and tickets go on sale Saturday, January 15th at 10am. Meanwhile, tickets appear to be sold out for the January 18th show at the same venue.

It's been a weird, spread out NYC/NJ-area "concert series" for Prince whose other shows happened twice at the Izod Center in NJ, and twice at MSG (night 1, night 2), all during the last two weeks of December. There was also one NJ cancellation that coincided with the addition of the 1/18 show, and now this. Prince most recently made a surprise NYC appearance at Top Chef host Padma Lakshmi's New Year's Eve party.