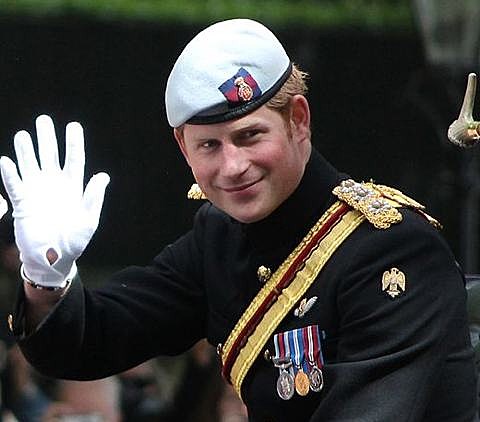 It's always a little weird to hear that the offspring of famous political figures listen to metal. Chiara de Blasio apparently gets down with the riffment. According to Dominic West -- best known for his roles as Jimmy McNulty from The Wire and the traitorous Greek politician Theron in 300 -- the UK's Prince Harry also enjoys shredding guitars and yelling dudes, with a particular interest in the Big Four of American thrash metal. (That's Metallica, Slayer, Megadeth, & Anthrax, if you're not familiar.)

According to the Daily Star, the two went on a charitable South Pole expedition together for Walking With the Wounded, a British organization that serves wounded military veterans. (Harry is a captain in the British Army and a veteran attack helicopter pilot.) West was apparently none too taken with the contents of the prince's music collection:

"Harry has a terrible selection on his iPod. It is the sort of thing soldiers listen to. Hardcore thrash metal."

On one hand, it's not all that shocking to hear that a military man in his late 20s is into metal, regardless of his lineage. On the other, it's pretty awesome to imagine "Chemical Warfare" rattling the walls of various British royal residencies.