Larry Graham came to the audience to play the bass in our face!!! :) (StephenGHill) 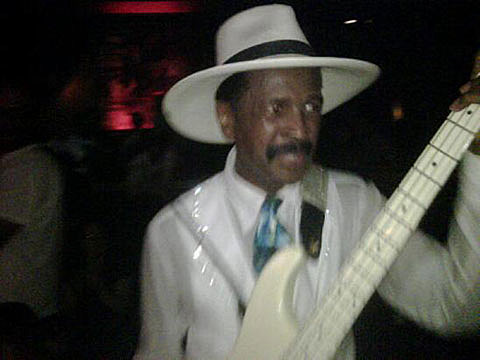 As commenter knowYERbassGODS helpfully pointed out in Wednesday's WGO post, Larry Graham, someone who you might not know by name but definitely do by sound (slap bass? he invented it), played BB King's last night (6/16). He brought out one friend and collaborator, Prince, to cover another, Sly & the Family Stone (of which Graham is a founding member - he's also uncle to Drake, says Wikipedia).

Two videos of Prince and Larry Graham playing "Thank You (Falettinme Be Mice Elf Agin)" at BB King's, and another pic from the show, below... 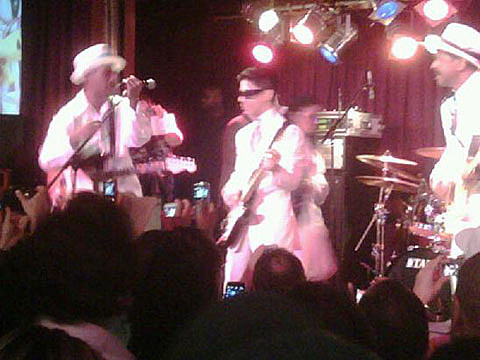 TAFKAP sits in with Larry Graham and Graham Central Station