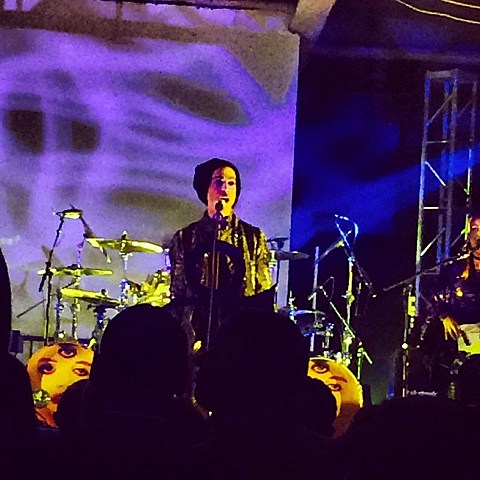 Paul McCartney, Kanye West, and Drake / Nas weren't the only surprise shows that happened in NYC during this very eventful weekend that had SNL 40, NBA All-Star Weekend and Fashion Week all happening at the same time. Prince, who put out two new albums last year, made his first live appearance in NYC since he was a guest at City Winery in 2013 and played his first full set since MSG in 2011.

He took over 23 Wall Street for a show in honor of the 30th anniversary of Michael Jordan's Nike Jordan Brand. His 25-song set included some of the new stuff, and also tons of classics like "When Doves Cry," "Little Red Corvette," "1999," "I Would Die 4 U," and "Sign O the Times," a cover of Sly & the Family Stone's "Thank You" and more. Tons of stars were in attendance, including Michael Jordan himself, New York Knick Carmelo Anthony, Beyonce, Jay Z, Queen Latifah, Chris Rock and more. An "insider" told Us Weekly that "Beyonce and Jay Z were rocking out! Dancing like crazy. Very cute for Valentine's Day."

Full setlist and a few video clips below...

MJ bought the artist formerly known as out! #Prince

A legend..... PRINCE performing at the Jordan party! #NBAAllStarNYC #wearejordan

Setlist:
Let's Go Crazy
Take Me With U
U Got the Look
Funknroll
Controversy
1999
Little Red Corvette
Nothing Compares 2 U
Kiss