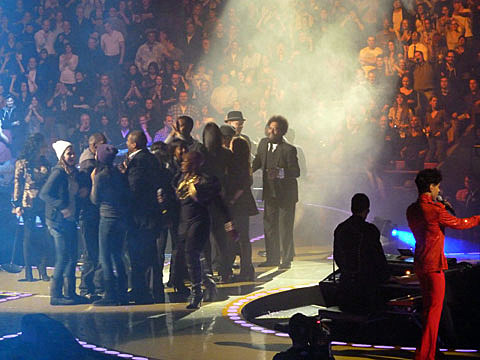 My only complaint about the December 18th Prince show at Madison Square Garden was how short it felt. It was under two hours. I would have gladly taken three. I thought for sure we'd get a nice chunk of extra songs in the 2nd encore, but instead we only got a nice chunk of extra celebrities. Not that watching Sherri Sheppard of the View, Whoopi Goldberg (also on the View), opener Sinbad, Spike Lee, Spike Lee's son, Jamie Foxx, Naomi Campbell, Alicia Keys, Professor Cornel West, Tavis Smiley, opener Larry Graham (who also had his bass), Questlove (who also drummed) (and whose afro and tweeting were unmissable from where I was sitting before he left his seat to get on stage), Busta Rhymes, John Leguizamo (who I also saw on the will call line when I walked in), Sheila E (who was already up there performing), Prince's amazing band and backup singers and others dancing around on the love symbol-shaped stage wasn't fun, but I would have gladly traded it for a few more songs.

Sheila E's appearance during Prince's set, especially her performance of her hit song The Glamorous Life was another serious highlight, though unlike as advertised, it wasn't the only show on the "tour" she showed up for. She didn't play at the 12/15 Izod Center show, but she did play during the second of three encores (yes, they got three) at the 12/17 Izod show, and it has been announced she will play with Prince again at MSG tonight (12/29). The full lineup for tonight's show is: 7:30 - Mint Condition, 8:15 - Janelle Monae, 9:00 - PRINCE (w/ Sheila E). UPDATE: She didn't actually play with Prince on 12/29.

If you miss tonight's show, you still have one more chance on 1/18. Tickets are still on sale for that one (no openers have been announced yet though, that I know of). Janelle Monae and Prince were both spotted at Lauryn Hill last night, and will probably collaborate on stage tonight.

A few more mostly-encore pictures from the 12/18 MSG show, and some videos and the setlists from the last 2 shows, below... 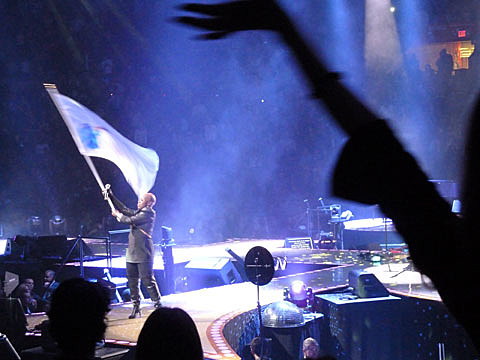 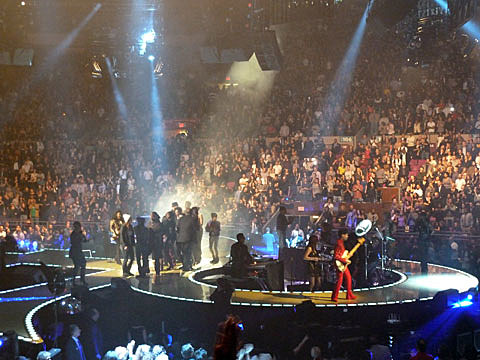 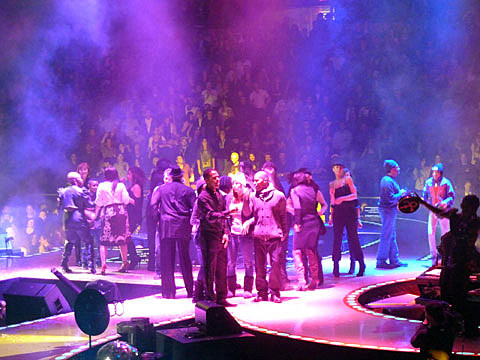 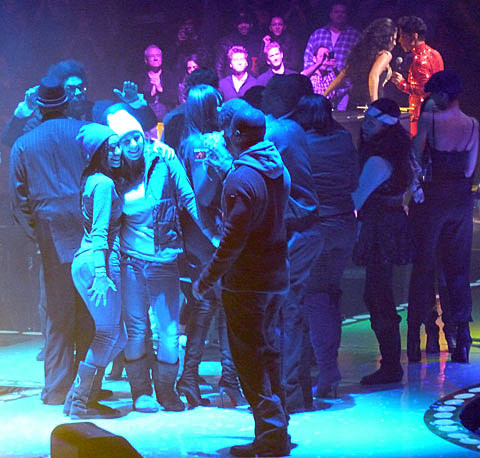 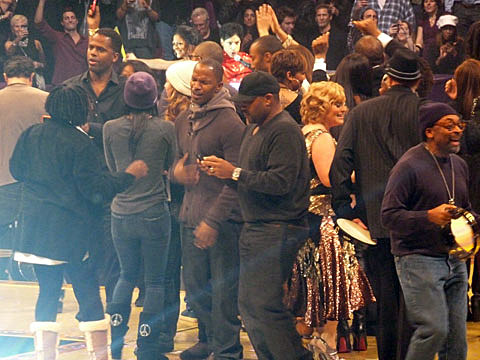 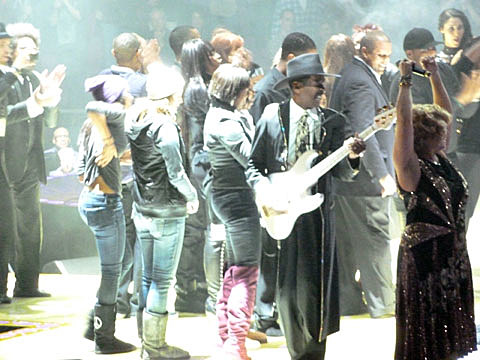 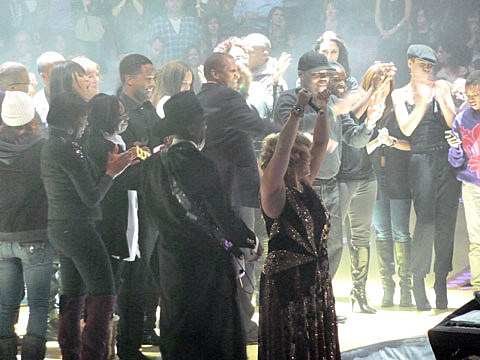 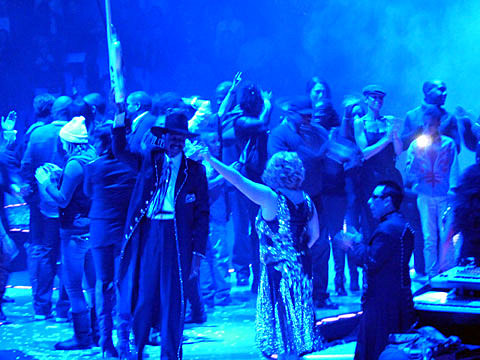 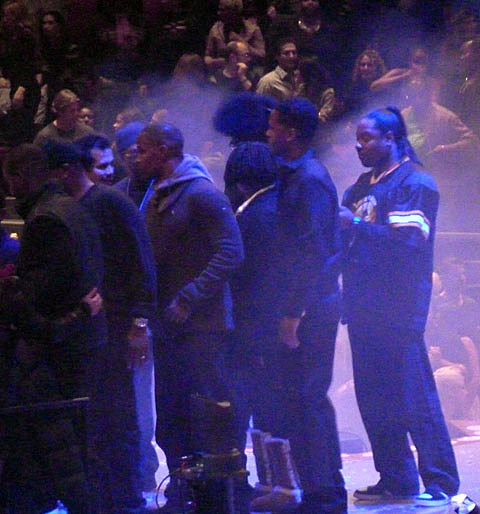 Graham Central Station Concert at Madison Square Garden, New York, NY, USA Setlist on December 18, 2010
We've Been Waiting
It Ain't No Fun to Me
Bass Solo/ One in a Million You
Family Affair / Dance to the Music / Thank You (Falettinme Be Mice Elf Agin) / Everyday People / I Want to Take You Higher
(Sly & the Family Stone medley, last two with Prince)