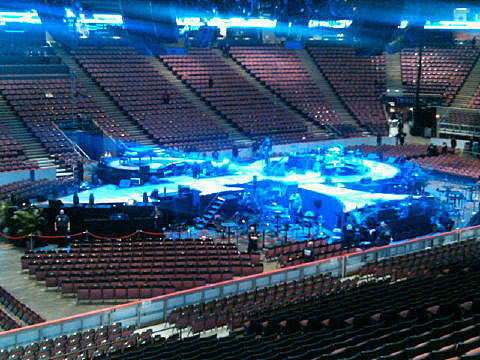 "Do you want me?" Prince sang shortly into his concert at the Izod Center, his first of two shows here before he performs on Saturday night at Madison Square Garden. He knew the answer would be an affirmative roar. And his opening song was a boast: "Laydown," from his most recent album, "20Ten" (NPG), announced, "From the heart of Minnesota/Here come the purple Yoda" and matter-of-factly asserted, "Everybody wanna be me." [NY Times]

Prince kicked off his "Welcome 2 America" NJ & NYC tour last night at the Izod Center in NJ. The next show is at the same venue on Friday. Last night's 2-hour setlist and a video below...