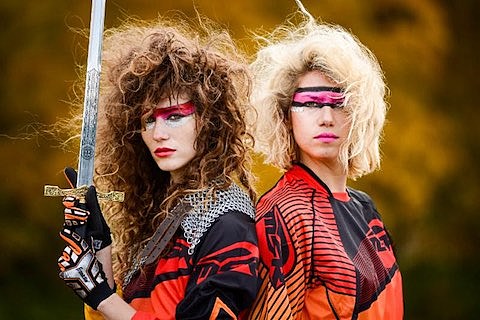 New age synthpop duo Prince Rama (aka Brooklyn's Taraka and Nimai Larson) will release their new album, Xtreme Now, via Carpark on March 4. According to the press release, the album's creative genesis came from a near-death experience in Estonia which sparked a "recurring sense of time-schizophrenia" in Taraka. One of her visions:

In the year 2067, I witnessed an aesthetic landscape where art museums are sponsored by energy drink beverages and beauty is determined by speed. I saw a vision of ancient tapestries stretched across half-pipes and people base-jumping off planes with the Mona Lisa smiling up from their parachutes. I saw art merge with extreme sports to form a new aesthetic language of 'Speed Art.' I realized that time travel was possible via the gateway of extreme sports, and I wanted to make music that would provide the score.

Uh huh. Whatever was their muse, first bouncy first single (and LP opener) "Bahia" is an extremely catchy and a little reminiscent of Tom Tom Club or early Banarama. Nothing wrong with that at all. Have a listen, and check out album art and tracklist, below.

Prince Rama have a couple shows lined up in their future. Next weekend they'll play the Day for Night Festival in Houston, TX and then they've also got a record release show in NYC at Baby's All Right on March 4. Tickets for Baby's are on sale now. 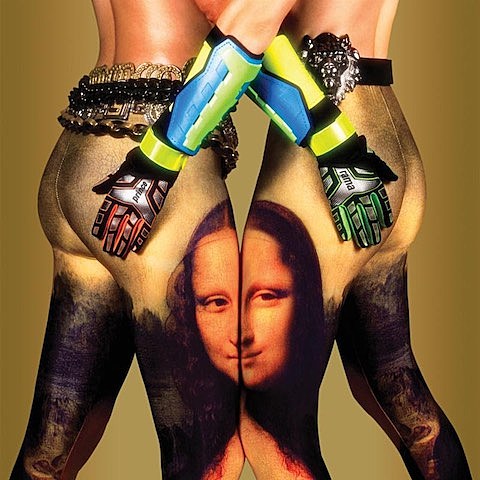 Prince Rama - Xtreme Now tracklist
1. Bahia
2. Your Life In The End
3. Now Is The Time Of Emotion
4. Slip Into Nevermore
5. Fake Til You Feel
6. Believe In Something Fun
7. Xtreme Now Energy
8. Fantasy
9. Sochi
10. Would You Die To Be Adored
11. Shitopia 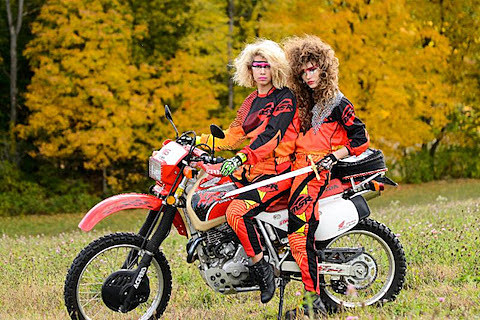