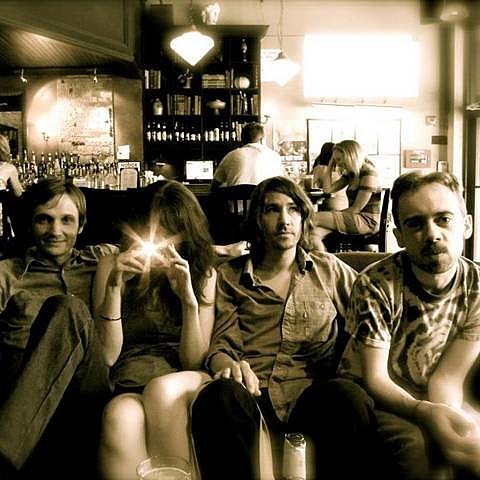 Brooklyn's psych-pop group Prince Rupert's Drops dropped their debut album, Run Slow, a few weeks ago via Beyond Beyond is Beyond Records. It's a well-steeped cup of mushroom tea, brimming with ragged guitars, drone outs and enough melody to keep the straight interested. You can stream the whole thing below.

Prince Rupert's Drops have a couple local shows coming up. They'll play Mercury Lounge on December 29 with Alex Bleeker and the Freaks (tickets); and then again at Mercury Lounge on Jan 22 opening for Widowspeak at their record release party (tickets).