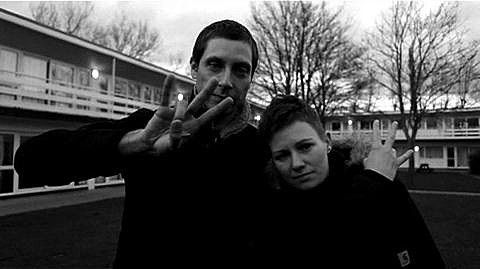 As mentioned, Prinzhorn Dance School are playing their first-ever North American shows next week as they're over for the sold-out DFA Records' 12th Anniversary Party at Grand Prospect Hall on May 25 and part of Red Bull Music Academy if you forgot. They're also playing with YACHT at Shea Stadium the night before (5/24) and tickets are still available for that one.

The UK duo who play spare, jagged postpunk are making the most of their trip here and have added a third NYC show, playing May 27 at Cameo with DJ sets from DFA labelmate Planningtorock and CREEP, plus a live performance from Dan Bodan. Tickets are on sale now.

All Prinzhorn Dance School date are listed, along with a few streams and videos, below...

Prinzhorn Dance School - I Want You

Prinzhorn Dance School - You Are the Space Invader