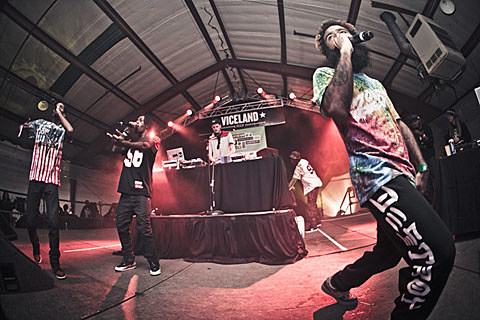 Speaking of rap shows at Central Park SummerStage, rapper Young Thug is playing there on September 17 with trap producer RL Grime. Opening that show is Mr. Carmack. Tickets are on sale. You can watch the video for "Check" off Young Thug's recent Barter 6, below. All RL Grime dates here.

RL Grime also recently put out the new song "Scylla (VIP)," which you can stream below.

In other rap news, Vince Staples will be in NYC soon for the XXL Freshmen show on June 30 at Best Buy Theater with DeJ Loaf, Fetty Wap, GoldLink, Raury, Tink and more (tickets). Earlier that day, Vince will give a discussion and performance at Apple Store SoHo from 5:30 PM - 6:30 PM. His debut album, Summertime '06, is streaming now and the video for "Señorita" is below.

There's also two more chances to catch Fetty Wap in and around NYC after that. Fetty Wap & The Remy Boyz will play Stage 48 on July 8 (tickets), and Fetty will open for... Chris Brown on August 30 at Jones Beach (tickets). In case you live under a rock and haven't heard it, you can listen to Fetty Wap's unstoppable "Trap Queen" below. 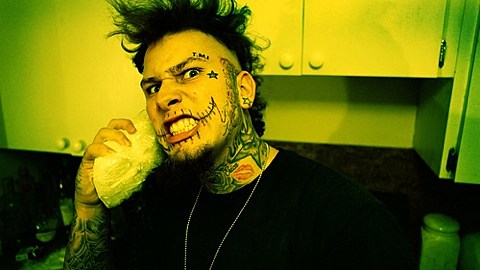 One last one for now: Viral rapper Stitches (pictured above) will play The Studio at Webster Hall on July 23 with local staples Main Attrakionz. His virality comes from his song "Brick In Yo Face," which was uploaded to YouTube last year and now has over 6 million views, and maybe also because of those face tattoos. The song (which later appeared on the No Snitching Is My Statement mixtape, hosted by Waka Flocka's DJ, DJ Ace) sounds a little more fit for Gathering of the Juggalos than a show with a cloud rap duo, but it's not hard to see why it's taking off. If you haven't heard it yet, see what you think, below. Tickets for the NYC show go on sale Saturday (6/27) at 10 AM.

All mentioned videos/song streams below...