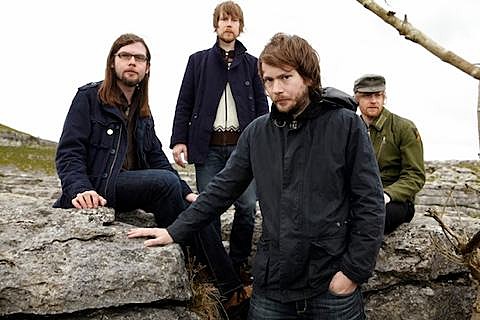 Wolf People pretty much sound like what their name (and look) implies -- fuzzed-out prog rock, with roots in UK folk. (That's what I imagine at least.) You might think they'd be from Finland, Norway or somewhere people eat lutefisk but they actually hail from Bedford, Britain. Their second album, Fain, came out in April on Jagjaguwar and pulls equally from Fairport Convention, Jethro Tull and Sabbath, and is only lacking in a gatefold sleeve to complete its total 1973ness. You can stream a couple tracks below and listen to the whole magilla via Spotify or Rdio.

The band will be making their first trip to North America next month to open on Unknown Mortal Orchestra's fall tour. They're not playing the NYC date of UMO's tour (10/11 at MHOW) but will have two headlining smaller club shows while here:

Knitting Factory on 10/11 (tickets) and Mercury Lounge on 10/13 with Golden Animals and The Golden Grass (tickets).

All dates are listed, along with streams and a video, below.