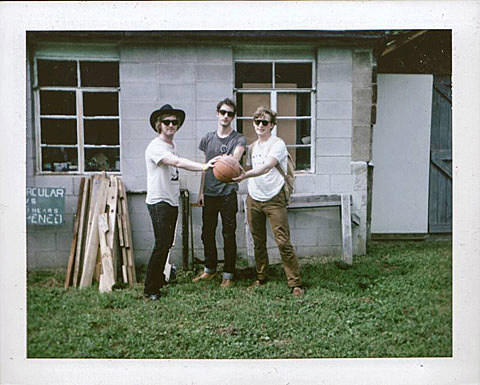 Nashville's Promised Land Sound caught the ear of Jack White who released a 7" of theirs on his Third Man Records. The trio are set to follow that up with their self-titled debut via Paradise of Bachelors on September 24. The 11-track release features "Fadin' Fast," which showcases the band's country-inflected rock steeped in the traditions of their hometown, Nashville. Intermingling and performing in various bands with members of PUJOL, JEFF The Brotherhood and Those Darlins since the ripe age of 16, you can check out how the band has grown up in the new track below.