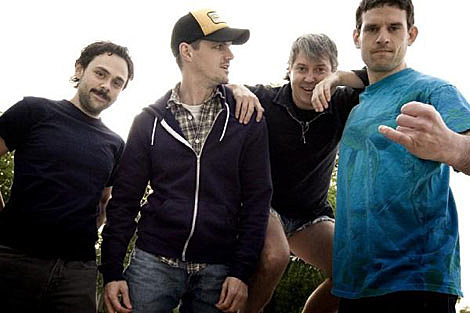 Propagandhi have scheduled some east coast dates in support of their upcoming album Supporting Caste due on March 10th via their own Illegal Combatant Records. Dan Yemin's Paint it Black will be joining them on all dates which include a pair of NYC shows, their first since 2001 when they played the now-defunct Wetlands with Avail! They are March 12th at Highline Ballroom (with TBA) and March 13th at Music Hall of Williamsburg (with Bridge & Tunnel). Ticket info TBA soon.

Bridge & Tunnel, who was recently named #12 in Punknews's top 20 of 2008 (Paint It Black was named #3), have a few local dates in the coming days as well... Jan 25th at Tommy's Tavern with The Riot Before and Jan 28th at Generation Records with Cheeky. The Generation Records show in particular is highly recommended, because the cost of the show is a can of food! Good for the community, good for rockin'... sounds like a win-win.