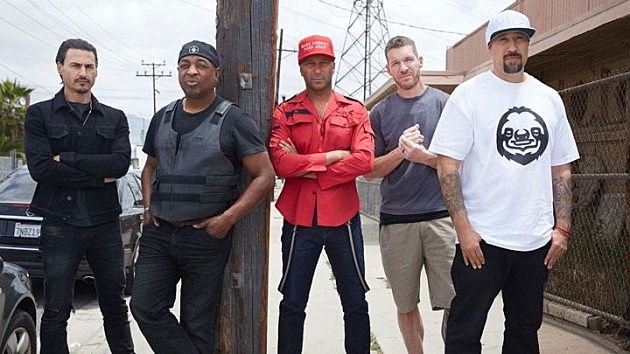 Prophets of Rage, the new supergroup with 3/4 of Rage Against the Machine (everyone except Zack de la Rocha), Chuck D of Public Enemy and B-Real of Cypress Hill, were supposed to make their NYC live debut at Governors Ball today (6/5) but with weather cancelling Sunday entirely, the band will now play tonight at Warsaw in Brooklyn. Tickets go on sale at 5 PM at Warsaw, one ticket per person, first come first served. It's $10 with a GovBall wristband, $20 without and all proceeds go to Why Hunger.

Doors tonight are at 8 PM with the show at 9 PM.

UPDATE: Already at big line before 4pm at Warsaw: