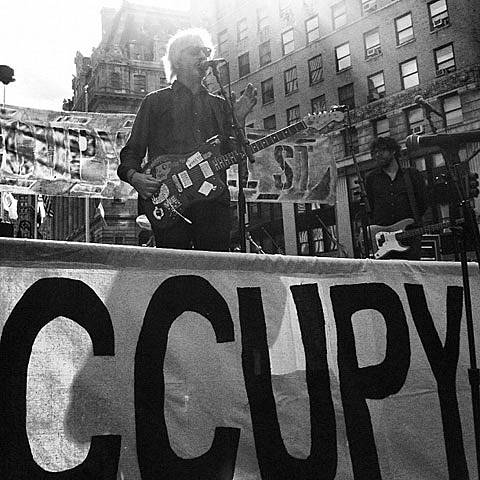 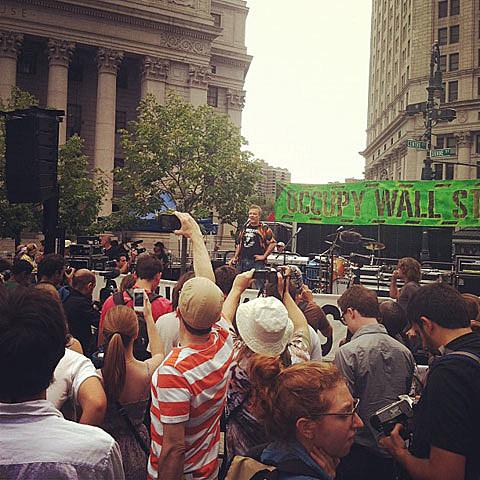 Today (9/17,Rosh Hashanah for many), protestors have taken to the streets around Wall Street on the one-year anniversary of the Occupy Wall Street movment. The anniversary celebration kicked off yesterday, on Sunday, in Foley Square near City Hall where a stage was setup for a five-hour concert featuring familiar, OWS-supporting names like Tom Morello of Rage Against the Machine, Lee Ranaldo (and Steve Shelley) of Sonic Youth, Michelle Shocked, Jello Biafra of Dead Kennedys, and Jimmy McMillan, who as we pointed out last week, will be running for mayor again because the rent is still too damn high! Watch videos from the show, below... 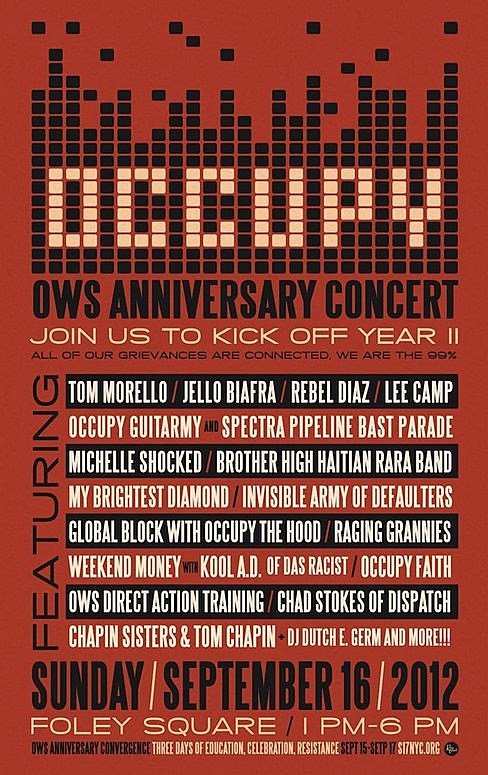