Protomartyr @ BVCMJ (by Amanda Hatfield); Gotobeds @ The Wick (by PSquared) 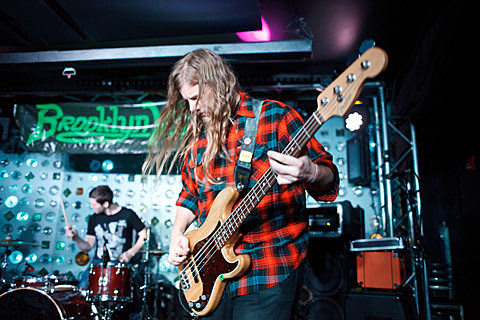 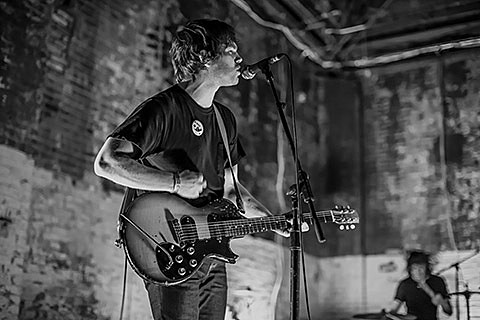 Protomartyr and The Gotobeds made two of my favorite records of last year, and share a similar world-view and (and probably a love of Wire). So it's pretty exciting that the two bands should tour together, and they will this Spring. BrooklynVegan is proud to be presenting the NYC show which will happen at The Wick on April 15. What better way to spend your tax day than seeing two great American bands, plus a third still to be announced. Tickets go on sale today (12/10) at noon.

In other news, Protomartyr have a brand new video for "Want Remover" off of last year's Under Color of Official Right, which makes its premiere in this post. As you might expect, the video gives the song a group interpretive dance interpretation. Says director Hanly Banks:

The video for "Want Remover" was inspired by (and in-turn inspired) the raw soul power of ecstatic dance. We got a bunch of strangers together--some who had danced before and some who had not--and played music with very little interference or specific direction to guide them. It was the first Saturday morning of 2015, and the dance felt like a sort of ritual purifying act to ring in the new year in a very heartfelt and authentic way.

For The Gotobeds, this is their second BV-presents show at The Wick in the last year (they opened for Sleaford Mods back in Novemeber). Their debut album, Poor People are Revolting, is back in print on vinyl and well worth picking up (you can stream it below).

All tour dates are listed, along with the Protomartyr video and Gotobeds album stream, below...