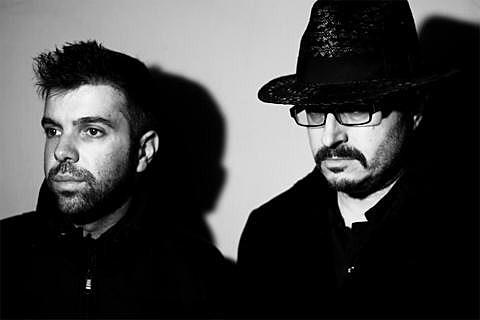 Detroit Rebellion are not from the Motor City, instead hailing from Providence, RI. But they do kinda sound like they could be from there, delivering a guitar-and-drums groovy blues attack. Their sound is less Jack White and maybe more early Beck, however, as evidenced on the two EPs the duo have released this year, both of which are streamable below. Detroit Rebellion also have a brand new video for "Some of the Time (Some Other Time)" which is from last month's The Detroit Rebellion of '67 EP and stars a coconut. Watch that below.

The band will be making their way over to NYC for a show at Cake Shop on August 15 that also features Metalleg, Shackletons and Bird to Prey. All upcoming dates are listed, along with video and EP streams, below.

Detroit Rebellion - "Some of the Time (Some Other Time)"