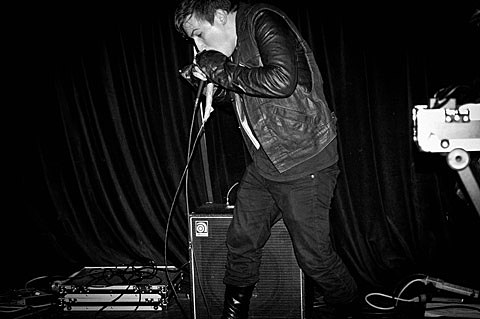 Prurient have added a new NYC date on July 21st at Saint Vitus, a one-off show and Tickets are on sale.

No word on if Wes Eisold (Dominick Fernow's bandmate in Cold Cave) will join him as part of Prurient, but it seems probable considering that American Nightmare have the night off and are playing shows on the days before and after at Webster Hall. Tickets are still available for 7/20 at Webster Hall (7/22 is sold out).

The Prurient show, entitled Midnight Mass, will close out the night at Saint Vitus as the venue will also play host to Mike Scheidt/Nate Hall/Kevin Hufnagel earlier that evening. Tickets are available for that BrooklynVegan-sponsored show.

Flyer and some video of Prurient's brutal appearance at Public Assembly last year is below. 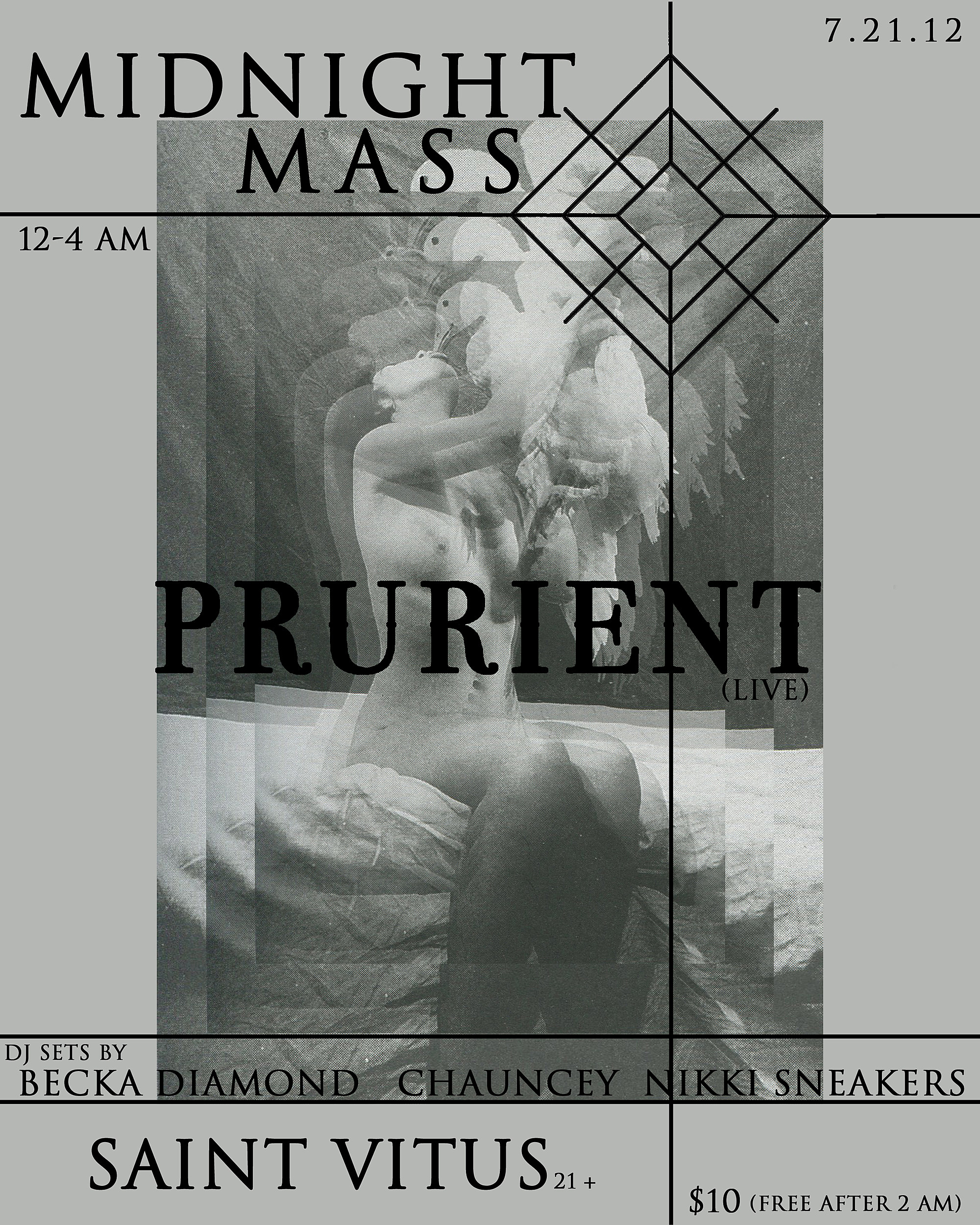