photo: Prurient at Saint Vitus in 2014 (more by Greg Cristman) 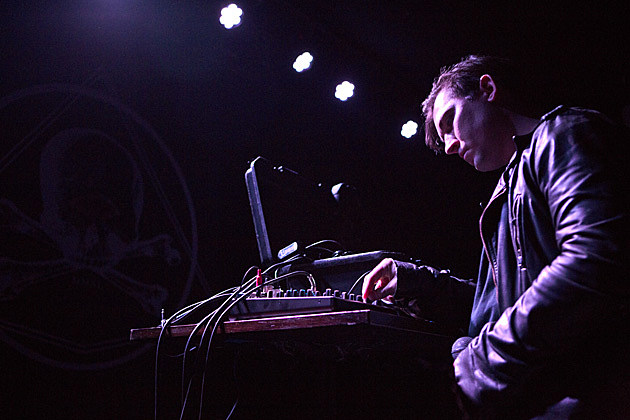 We already knew Dominick Fernow would be playing NYC this weekend with his Vatican Shadow project at Nothing Changes on Sunday (6/14), but before that you can see him as Prurient at Saint Vitus TONIGHT (6/13). He was just revealed as the special guest on Pitchfork's Show No Mercy Northside showcase which also includes Bell Witch, Akitsa and Alberich. Tickets are still available, and you can also get in with a Northside badge.

Prurient also plays later this year when his tour with Godflesh hits Warsaw on September 15 with Regis. Tickets for that show are still available.