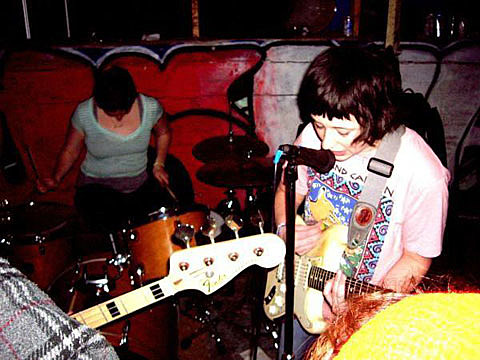 After 4 agile years as a band, P.S. Eliot is calling it a day. I
sincerely feel that we've creatively accomplished everything we set
out to from the get-go and dragging it out would be brazen and
pointless. I considered P.S. Eliot "the band I always wanted to start"
but as I've grown and Allison has grown I've come to realize that
"band" has grown too. P.S. Eliot's time as a fulfilling outlet for us
has passed so we're ending it gracefully and moving on.

We'll be playing the Fest in Gainesville as well as 2 shows in December in Brooklyn. I'll be focusing most of my time and energy on my solo project, Waxahatchee, which has a record coming out in February on Salinas Records and will be touring the US and Europe. Allison is in the process of starting a new band as well. Endless thanks to all those who have encouraged us. The past 4 years have been monumental for Allison and I and it's all because of this band and your support.

Stay tuned for more info on Waxahatchee. Peace Out to PS Eliot.