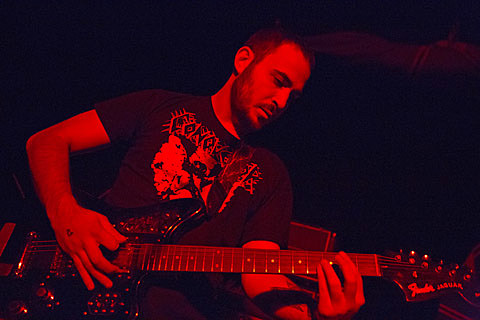 Psalm Zero, the Brooklyn experimental metal duo comprised of Andrew Hock (Castevet) and Charlie Looker (Dax Riggs, ex-Zs/Extra Life), just finished prepping their debut album, The Drain, due out on March 4 on Profound Lore. It's an album to look forward to--Psalm Zero's material so far has managed to uniquely blend industrial, metal and a clean/harsh vocal mix to strange and compelling effect. Listen to the album's title track, and watch a video of them performing it at the soon-to-be-closed 285 Kent, below.

Psalm Zero's playing a show on February 9th at the Acheron with Yautja, Geryon (also featuring a member of Castevet) and Kevin Hufnagel (Dysrhythmia, Vaura, Gorguts). Tickets are on sale for what's sure to be an interesting evening--between Psalm Zero, Yautja's grind, Geryon's bass-guitar-only death metal and Kevin Hufnagel's chilled-out experimental wizardry, things are gonna get weird. Flyer below.

Psalm Zero will also be playing down at SXSW. Stay tuned for more details on that.

Meanwhile, Yautja, whose lineup includes members of Coliseum, Gnarwhal, and Nameless Cults, have a few EPs and splits out and they'll release their debut album, Songs of Descent, in February via Forcefield Records. You can stream its single, "Concrete Tongue" (via Lambgoat), along with the tracklist below.

All streams, video and flyer below... 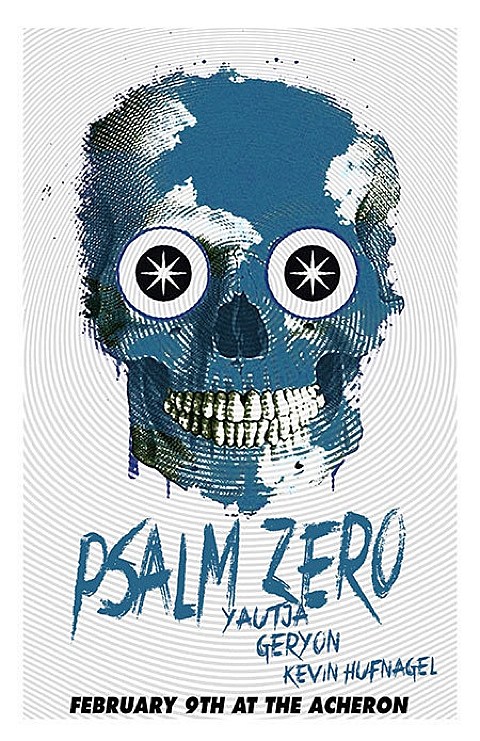