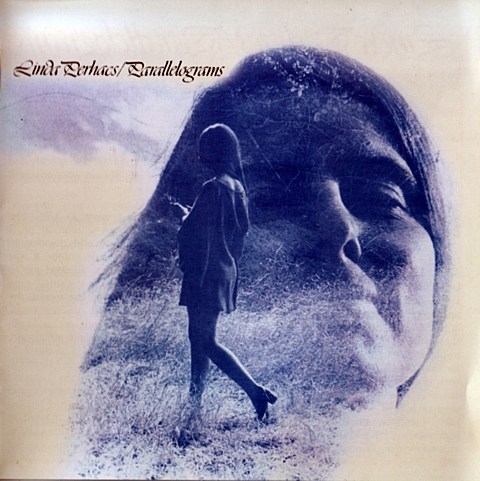 The Mexican Summer fifth anniversary lineup was just announced, and it's a pretty exciting lineup for more reasons than one. One of those reasons is that it's the first-ever NY show for psych-folk legend Linda Perhacs. Along with other likeminded late '60s/early '70s artists like Vashti Bunyan, Mark Fry, Sibylle Baier, Gary Higgins and more, Linda Perhacs was mostly unknown in her time but achieved the recognition she deserved over the years and is now a cult hero. She's made fans out of Devendra Banhart, Julia Holter, Nite Jewel (the latter two of which have since collaborated with her) and many others, who have helped bring her music into the public consciousness.

Linda's sole album, 1970's Parallelograms, wonderfully captures the experimental, psychedelic sounds of its era, and is also entirely ahead of its time. There's hints of more popular contemporaries like Joni Mitchell or the folkier side of Jefferson Airplane on much of the album, but certain parts, like the swirling layered vocals of the title track and its break into avant-garde dissonance, didn't widely enter the music world's vocabulary until years later. The record touches on classic blues, tribal percussion, spacey psychedelia, and a recording quality that's been in style since the lo-fi breakout of the '90s. it's very much a classic, and if you aren't already familiar, you can stream the entire album below.

Linda has been talking for a while about releasing a followup to that album, titled The Soul of All Natural Things. Not many details on that have been revealed, but from the looks of her website, it sounds like Julia Holter and Nite Jewel are contributing to that album. Check out a video of the Linda Perhacs Ensemble (Holter and Nite Jewel included) performing the new album's title track in 2011, below.

Linda's performance at the Mexican Summer festival happens on its second day (October 12) along with sets from Spiritualized, No Joy, Connan Mockaskin (US debut), Lansing-Dreiden, Quilt, Soldiers of Fortune, and more. Tickets for the fest are on sale now. Her only other date at the moment is in San Francisco on 9/26.

Julia Holter brings her tour to NYC soon too.

LP stream and live video below...

Linda Perhacs Ensemble - "The Soul of All Natural Things"