Psychedelic Furs at the Paramount in 2013 (more by Greg Cristman) 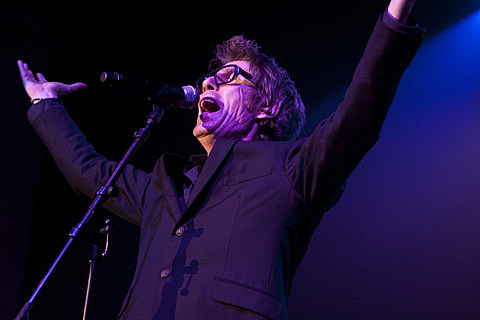 Alternative rock veterans The Psychedelic Furs continue to be a very active live band, never taking much time off between tours. They've announced that they'll head out on the road again this spring, and that tour includes a Northeast run which hits NJ for shows on April 4 at Wellmont Theatre in Montclair and April 10 at Newton Theatre in Newton, then hits Long Island on April 12 at Paramont Theatre. Tickets for the Wellmont and Paramount shows are currently on Live Nation and venue presales, respectively, and they go on sale to the general public on Friday (1/17) at 10 AM. Tickets for the Newtown show go on sale Friday at 11 AM.

All dates are listed, along with a recent live video, below...