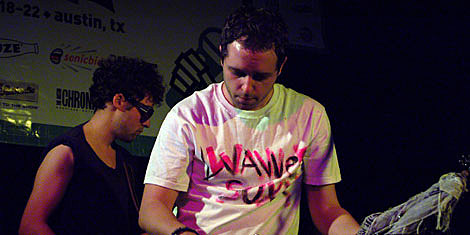 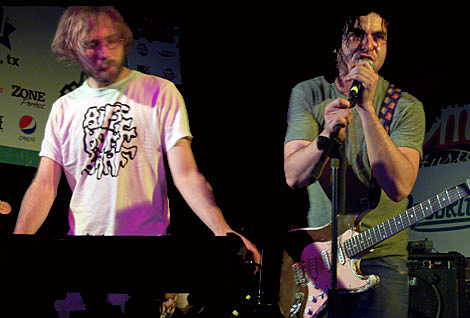 Washington Post: Vivian Girls, Wavves - why is everyone in a lo-fi band now?

Psychedlic Horseshit's Matt Whitehurst: I have no idea. I don't know. It became in vogue sometime in the last year due to a few figureheads talking a bunch of [expletive] on Terminal Boredom. And now it's exploded into this thing there where Wavves is getting $30,000 to [expletive] crank out this [expletive] generic [expletive].

But you're playing at least one show with Wavves down here.

Three of them, yeah.

So how do you reconcile that?

We made "Wavves Suxx" t-shirts with it spelled S-U-X-X. We got tons of people taking pictures with us in those. People are all into it. And actually Wavves came up to our drummer and our drummer had no idea it was Wavves. And Wavves took like six pictures with Rich with the "Wavves Suxx" t-shirt on. So, you know, that little [expletive]'s probably into it or something. And is probably like, Oh, it's like hip-hop, man!

Psychedelic Horseshit is on tour with Quintron. They played Santos Party House the other night. Tonight (4/24) it's at Market Hotel. Bill just talked about Wizzard Sleeve. They're also on the bill.

WAVVES is playing a free show in Brooklyn on Saturday. Students can go get their tickets today (4/24). Crystal Stilts also play the Topshop/WAVVES show, and they're at Maxwell's on Sunday. 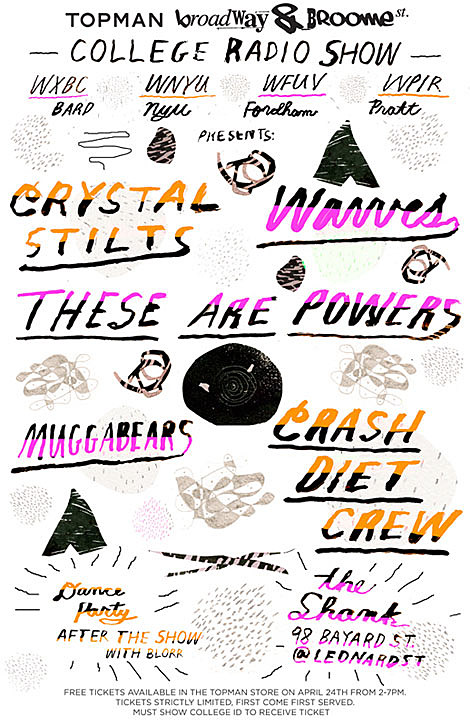