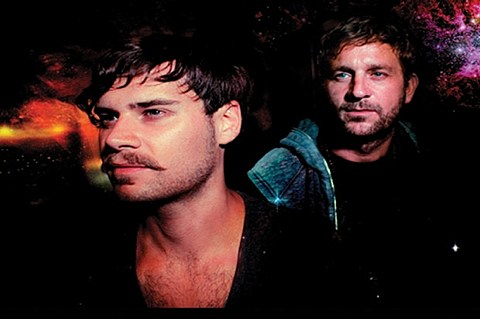 The members of UK dance duo Psychemagik, Danny McLewin and Tom Coveney, met six years ago at a music festival and after recording a track, "Valley of Paradise," the two decided they needed to make an album together. Psychemagik make the kind of disco synth-funk that we've heard from Daft Punk and Justice, and it's also the kind of thing that would feel at home on DFA Records. They've been spending the last few years dropping remixes left and right, including ones of Fleetwood Mac's "Dreams" and Talking Heads' "This Must Be The Place" -- two songs that you could already make a case for throwing on at a party, but Psychemagik's remixes seal the deal without making them sound like that shitty "Somebody That I Used to Know" remix that you keep hearing on the radio.

In December, Psychemagik released their first EP of original material, Lunar Escape, which consisted of three songs written and produced entirely by the duo without any samples, and the only outside help coming from string arranger Richard Chester on one of the tracks. This year, they're finally set to release that full length album they've been talking about. You can stream all three EP tracks, the Fleetwood Mac and Talking Heads remixes, and that early recording, "Valley of Paradise," below.

Psychemagik are set to make their way over to the USA in February to support the Lunar Escape EP with a five-week long DJ tour. That tour hits NYC for a FIXED party on March 2 at Glasslands. Tickets for that show are on sale now. It's a late show at the Brooklyn venue which happens after The Night Marchers play an earlier one the same night.

Song streams, a list of all dates, and the tour flyer below...

Psychemagik - "Where Are We?" (Lunar Escape EP)

Talking Heads - "This Must Be The Place" (Psychemagik Naive Edit" 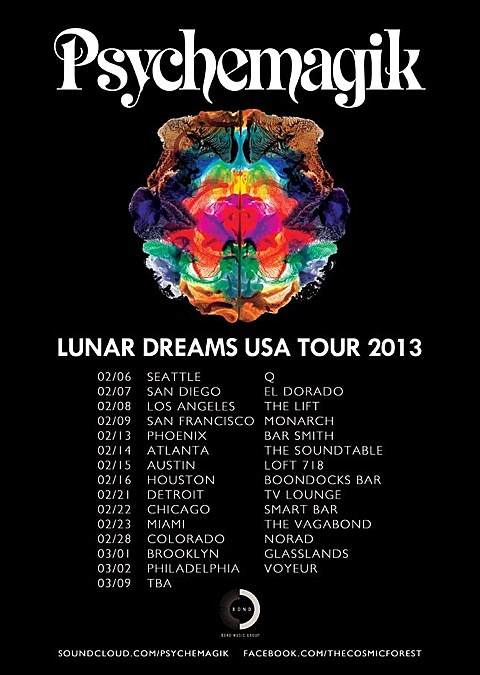