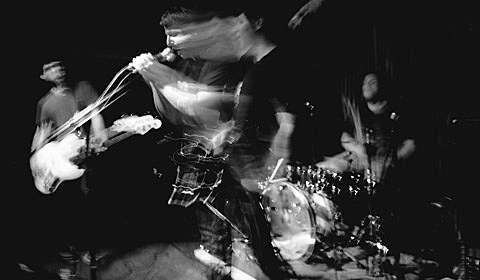 Blackened post-punks Psychic Teens flirt with the obvious like Joy Division and Bauhaus, but also aren't afraid to delve into post-hardcore and even 90s influences like Sonic Youth on their noisy new LP. The self-titled effort is currently streaming at their bandcamp and below, and is available in hard formats via Golden Voyage. Fans of latter day Young Widows take note.

Psychic Teens are scheduled to play a handful of dates over the next month, mostly in PA, but also including 11/17 at Union Hall in Brooklyn with Hannibal Montana, Carved Up, and Zulu. Tickets are still available.

All tour dates and that album stream is below.