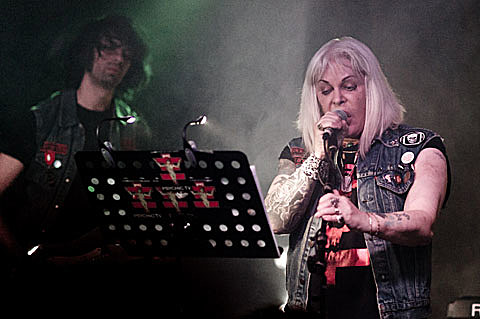 Psychic TV will return to the stage of Europa on December 7 for their annual end-of-year show at the venue. Tickets are on sale. The show also features appearances from Bryin Dall (of Thee Majesty) performing Deconstructing Hank, as well as King Dude, one a few dates laid out for scratchy-baritone goth musician.

King Dude recently released the new video for "Jesus in the Courtyard" from his forthcoming LP Burning Daylight. Due on October 16 via DAIS Records, check it out below alongside all King Dude dates.

Psychic TV is also preparing a new LP of their own in Silver Sundown Machine. Details remain sketchy, but the band reports it to be "the most HYPER-delic YET!" Word.

Tour dates and that King Dude video are below.

KING DUDE - JESUS IN THE COURTYARD