Brooklyn's Psychobuildings just released a new remix EP titled Hearts featuring versions of the title cut and other songs reworked by Wool, AIMES, HedNorton, F.r.a.c.t.a.l, The Statue of David and more. We've got the premiere of the Discmann & Sixtraxx remix of "Hearts" which you can download at the top of this post, and plays well to the already '80s-leaning groove of the original.

Psychobuildings have a few local shows coming up, including tonight (9/6) at 285 Kent with Dinowalrus, X-Ray Eyeballs, Life Size Maps, and Grand Resort; and Friday (9/7) at Grand Victory with Steel Phantoms; and September 17 at Studio at Webster Hall with Heavenly Beat, Splash, Beach Day and Young Boys. Advance tickets for the Studio show are on sale now.

Cover art and tracklisting for Hearts remix EP are below, along with recent Pitchfork video feature on the band. 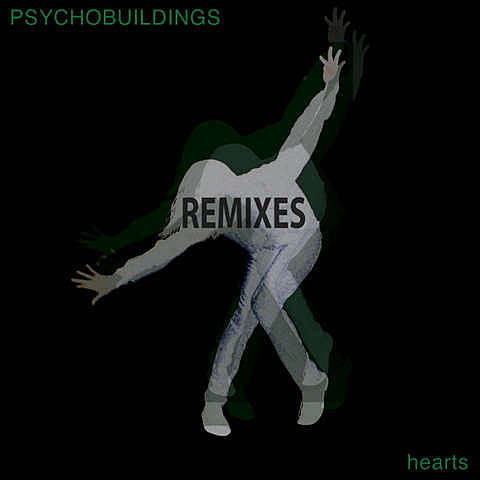