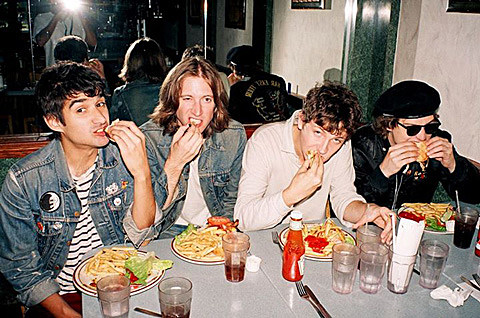 NYC band and UK press darlings Public Access TV have singed with Terrible Records, the label co-run by Chris Taylor of Grizzly Bear. Their first release for the label will be the Public Access EP, out later this spring. You can stream the catchy janglepop that is "Metropolis" from the EP below.

The band are currently on tour with Gang of Four and will detour in Austin this week for SXSW where they'll play a handful of shows including the free BrooklynVegan day party at Red 7 on Saturday (3/21) with Mew, Frank Turner, The Pop Group, Iceage, and more. RSVP is open if you're going to be in Austin. They'll then rejoin Go4 on the West Coast for a few more shows. All dates are listed, along with the new song stream, below...