"For me Malc was always entertaining, and I hope you remember that. Above all else he was an entertainer and i will miss him, and so should you" - Johnny Rotten on Malcom McLaren 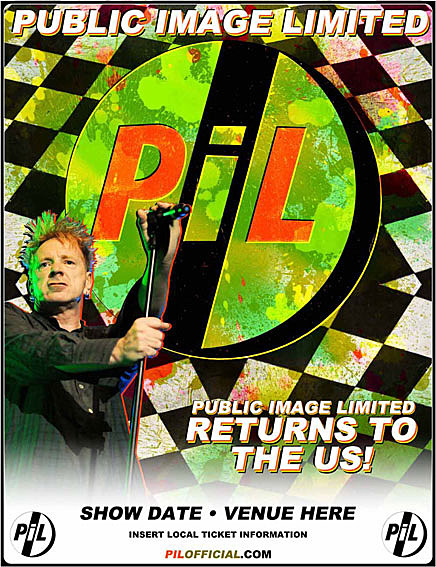 Public Image Ltd's upcoming US tour kicks off Tuesday night, April 13th in LA before continuing to Coachella for a show on Friday. The trip was scheduled to end with a show at Terminal 5 on Tuesday, May 18th - tickets for that are still on sale, but the band has added a second NYC date for the same venue on Wednesday, May 19th. Tickets for that go on sale Friday at noon (and they'll probably be an AmEx presale before then too).

PiL played Jimmy Kimmel Live on April 7th (reactions to the performance were mixed). Jimmy's interview with Johnny Rotten and an April 9th interview on Fox's Red Eye (where Johnny Rotten talks about the recent death of Malcolm McLaren) are posted below...

John Lydon Talks About Forming PiL, and Why Butter Brought the Band Back

John Lydon Explains Why He Loves the United States