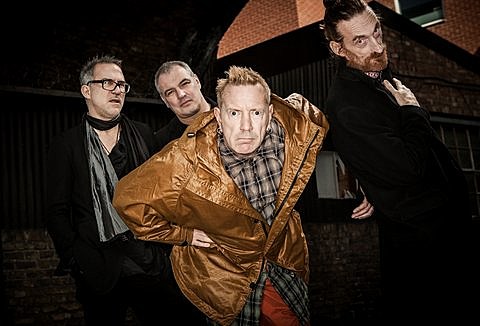 Public Image LTD have just announced a fall tour, with two stops in NYC: October 9 at Music Hall of Williamsburg and October 13 at Hammerstein Ballroom. Tickets to both shows go on sale Friday, August 3 at noon. All PiL North American tour dates are at the bottom of this post.

As you may remember, PiL played MHOW and T5 two years ago after the appearance at 2010 Coachella. Since then, that line-up of the band (including '80s-era members Lu Edmunds [who also played in the Damned] and Bruce Smith) went into the studio and made This is PiL, the band's first new album in 20 years which was released in May. With a dub-oriented post-punk sound, the album is pretty good -- certainly better than 1989's 9 or 1992's That What is Not. Lydon sounds as angry and sarcastic as ever and, more importantly, engaged. And this is a crackerjack line-up of the band, giving him a good musical stage for his ranting. You can stream it via Spotify and watch live footage of album standout "Deeper Water" below.

Also below are a three installments of Lydon's "Lollypop Blog" videos.