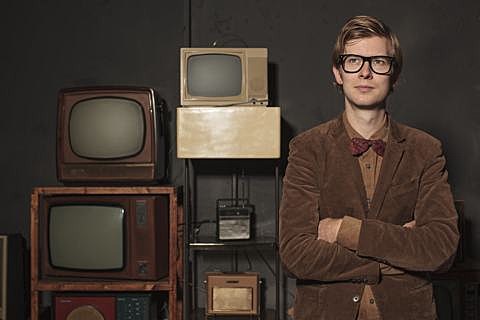 Somewhat mysterious UK duo Public Service Broadcasting will be making their US debut during CMJ this week. Their only show (as far as we can tell) will be at The Delancey on Thursday (10/17) at midnight.

The group's debut record Inform - Educate - Entertain was released in the UK in May and will come out in the US on November 19 (it's already streaming on Spotify though). The album pairs driving post-rock instrumentals with audio clips taken from "archive material from the BFI [British Film Institute] and [French film library] StudioCanal along with classic American public information films." The result is pretty propulsive stuff, recommended if you like bands such as Maserati, the Books, old educational films, or '80s cut-and-paste stuff like Art of Noise or Paul Hardcastle. Stream a few tracks below.

As for their identities, a press release calls them "J. Willgoose, Esq. and his faithful drumming companion, Wrigglesworth." Their live shows in the UK sometimes involve a wall of old televisions with projections from some of those old BFI films and other vintage footage. You can get a feel for that in their many music videos, two of which ("Signal 30" and "Night Mail") are watchable below. As to what to expect from their NYC debut? They say: "Thrills. Spills. Excitement. Corduroy."

Videos and streams below. 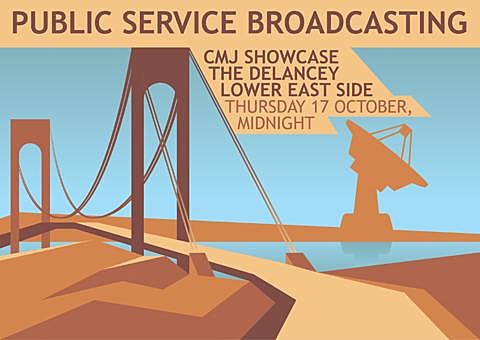