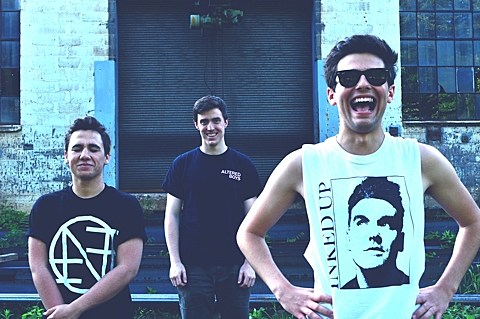 NJ trio Puddle Splasher (ex-Damaged Goods) are releasing their debut EP, Poor Planning, next week (9/23) via Black Numbers (pre-order), and a full stream of it premieres in this post. It was produced by I Am the Avalanche drummer Brett Romnes and mastered by Will Yip, and pulls from a batch of '90s rock influences. There's the driving "You Will" which sounds like a more polished Superchunk, and the other three are a little more atmospheric, coming off like Hum or "Everlong"-style Foo Fighters. Listen below.

Puddle Splasher also have a show coming up in their home state at Hoboken's Stevens Institute of Technology on October 16 with Florida's You Blew It!. That's a few days after YBI!'s tour with Citizen hits NYC's Studio at Webster Hall (10/10) (tickets).